PR in the digital age: human emotion is more important than ever

Liane Farrer has advised the UK Government on strategic communications, media planning and PR, and more recently leading campaigns for the UK Consumers Association, Which? She has also led public affairs campaigns in Brussels and directed communications for an aid agency in Africa.

Liane attended the PR and Communications Association 2018 conference, which focused on change in communications. A big theme for the industry right now, it seems, is…

In a world of technological change, how does the modern PR keep it real?

When Swedish bank, Handelsbanken, published its figures on how much it paid women working in the bank, compared to how much it paid men, it found it had a good story to tell. But unlike most communications teams tasked with issuing corporate-sounding report on LinkedIn, patting its own organisation on the back, its PR agency saw an opportunity.

Their video of a small boy and girl being tasked with putting blue balls in one container and pink balls in another went viral. The children’s faces, when told that the girl would only get half the number of sweets as the boy as a reward for completing the task together, was beyond cute – and their responses priceless. “She did the same work as me; she should get the same number of sweets as me” cried the boy.

What the team had recognised was that equality in pay was a deeply personal issue for lots of people – and deeply emotive.

When I launched a campaign for more available, affordable and dignified care homes for older people in the UK, I came across Alan*. Alan’s mother had dementia and she’d been in various care homes before she died. In the first one, Alicia had frequently appeared bruised and Alan suspected the staff of heavy handling his frail mother. Others homes had closed down due to problems and Alicia had had to move several times, which was stressful because of her confused state.

Having gone through all of this, Alan was well versed in the issues we were campaigning about. He’d become a very eloquent advocate for better policy in social care himself and was active in campaigning in his local area. He was ‘on message’ as we say in the business.

Still, the video my brilliant film-making colleague Josh came back with managed to shock me. A collage of photographs of Alicia – in her youth as a vivacious woman, a successful engineer and family woman. I cried every time I watched it. And I watched it to the end over and over again. As did the vast majority of the thousands of people who viewed it and went on to support the campaign.

It’s easy to lose sight of the human story when you’re entrenched in promoting an issue, a product or a service. We – as humans – learn to quickly create shortcuts to talk to those around us, who are entrenched in the same project, so that we don’t have to tell the same stories again and again.

Yet, as Handelsbanken’s lead PR said, the product or service or issue is always, ultimately about a human need. Everything we own, buy or make policy about is for our own human needs… whether they are the basic needs of food and shelter or talk to our higher need to converse with others and create a civil society.

Earlier this year, when fast food chain, KFC’s chicken supply chain failed catastrophically and its restaurants had to close temporarily, its communications agency came into its own.

Its response was online advertising showing an empty KFC bucket, stating that it wasn’t ideal for a chicken shop to run out of chicken. The public found it hilarious and shared it by the bucket load.

Why would KFC do that? They recognised it was what their customers were saying anyway. So why not join in with the joke and be seen as human, instead of a corporate behemoth, solely worried about reputation and profits?

The government’s behavioural experts in its ‘Nudge Unit’, are still dining out on their success in increasing tax collection by £200 million simply by adding the name of the person to which the tax demand was addressed at the top of the letter, so that it reads ‘Dear Ms Farrer’.

Yet this simplest of techniques is so obvious when you think about the person opening the letter; their fears and motivations (i.e. to avoid a fine or prison sentence).

A simple experiment conducted in an office I was visiting recently revealed that people I had just met engaged in a longer conversation with me at the tea point if I began the conversation by addressing them by name. It seems obvious, but it is easy to forget unless you put yourself in their shoes. I can only suppose that the he surprise in their eyes that I had remembered their name led them to be more likely to believe that I was truly interested in them.

What does it mean for PR?

This is constant food for thought when designing communications in an increasingly technological world with more mechanised methods for reaching people.

Despite the automation of our communications today, people are still people – motivated by their very human needs.

And modern methods can actually make communication more human. Social media and our ability to analyse and segment people into types – by their attitude or their interest – means that we can increasingly personalise the messages they receive from us.

So don’t despair of the futuristic, heartless world we sometimes appear to live in. Our world is still very much a human one.

* Alan is not his real name, this was changed to protect his privacy 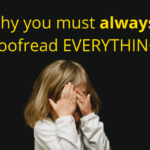 Why you must always proofread EVERYTHING 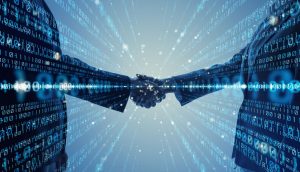 Corporate Digital Responsibility: The emerging barometer of reputation and trust

Can we trust facial recognition technology?